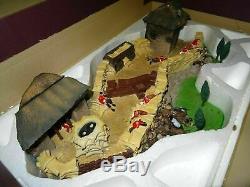 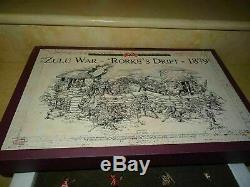 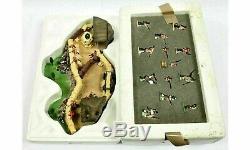 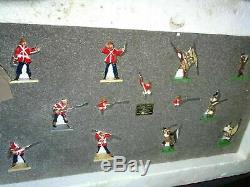 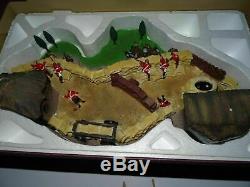 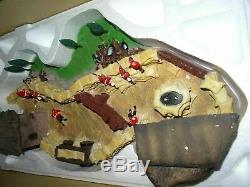 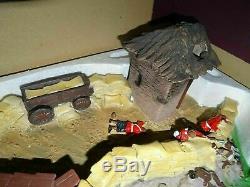 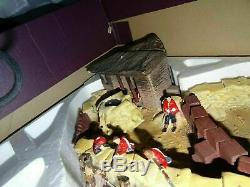 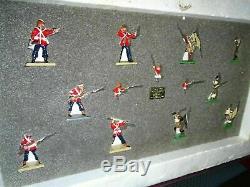 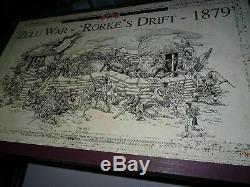 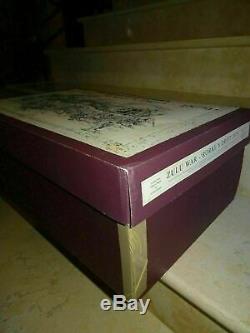 There are several british and Zulu's moulded into the terrain base and 8 British Soldiers come in the blue foam and 5 Zulus in the blue foam. This sets has a large terrain base representing the area called Rorkes Drift, a Missionary of the Rorkes Drift Battlefield. At this battle between about 200 British and 2000 Zulus there were 9 Victorian Cross's won. This small group held out for almost 24 hours until the Zulus retreated from the field.

Britains created this set in 1998 and was part of a very large Series by Britains sets on the Zulu War. These figures will make a great addition or start to your Military Miniatures Collection. The outer box has a repair and signs of shelf wear but again is very good for the age.