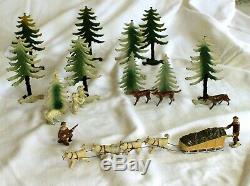 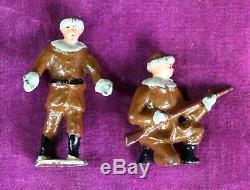 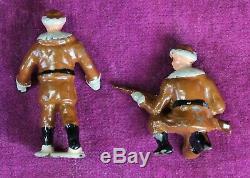 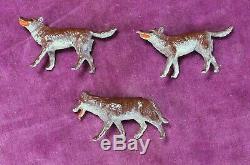 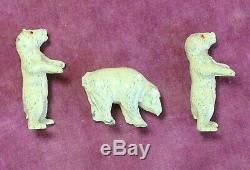 During the 1939 45 war years the demand for lead garden figures, farm figures and the like waned and the demand for toy soldiers, aircraft & ships etc increased dramatically. Hence, the surplus of unused stock which included this Arctic Set. Please view the images carefully. Images of opposite sides of Trees, Wolves and Bears available upon request.

The probability of this group of rare items, in this condition, being offered for sale in future is extremely remote. Free Tracked & Signed for Service in the UK.

Thank you for viewing this item. The item "TAYLOR AND BARRETT ARCTIC SETS Nos.

The seller is "xlii_42" and is located in Tenterden,. This item can be shipped worldwide.